Q1 What is the status of residence?

Q2 What kind of status of residence is required when a foreign employee will be hired?

There are 28 kinds of status of residence, out of which 21 are applicable for work (that is, earn wages by working). This means if a foreign national want to reside and work in Japan he must obtain a status of residence which is applicable for work. This applicable for work status of residence authorizes the foreign national to engage in work and corresponds to the kind of activity the person wishes to conduct and his situation. Classifications including Diplomat, Journalist, Engineer/Specialist in Humanities/ International Services, Intra-company Transferee, Technical skills, Spouse or Child of a Japanese National, etc.
Although there are kinds of status of residence which basically do not permit to engage in work, a system that allows the person to work a limited fixed amount of hours (part-time work) also exists (the so-called Permission to Engage in an Activity Other Than That Permitted under the resident status).

Q3 What is a residence card?

Q4 Who will be subject to the new residency management system?

The new residency management system will be applied to all foreign nationals residing legally in Japan for the mid- to long-term with resident status under the Immigration Control Act (hereinafter referred to as “mid- to long-term residents”) and, moreover, foreign nationals who do not come under any of the following 1 through to 6.
(1) Persons granted permission to stay for 3 months or less
(2) Persons granted “Temporary Visitor” status
(3) Persons granted “Diplomat” or “Official” status
(4) Persons recognized by Ministry of Justice ordinance as equivalent to the foreign nationals in the aforementioned (1) to (3)*
(5) Special permanent residents
(6) Persons with no resident status**
This new system will apply to mid- to long-term residents in Japan, such as those married to a Japanese national as well as Japanese descendants (“nikkei”), whose status of residence is “Spouse or Child of Japanese National,” “Long Term Resident,” etc., those working for an employer in Japan, whose status is “Engineer,” “Specialist in Humanities/International Services,” etc., as well as technical interns, students, and permanent residents. It will not apply to those visiting Japan for a short period of time as a tourist.
* The Ministry of Justice ordinance specifies staff of the Japanese office of the Association of East Asian Relations and the Permanent General Mission of Palestine in Japan who have “Designated Activities” status, and their families.
** While illegal residents can be registered under the present alien registration system, they cannot be registered under the new residency management system. Any foreign national illegally staying in Japan is advised to immediately visit the nearest Regional Immigration Office and follow the necessary procedures. For more details, please see the “Information on Procedures to Follow at Immigration Offices” on the Immigration Bureau of Japan’s website.

Q5 Where can the resident card be issued?

At Narita, Haneda, Chubu, and Kansai Airports, besides having a seal of landing verification stamped in their passports, mid- to long-term residents will be issued a resident card.
At other ports of entry/departure, a seal of landing verification will be stamped in the passport and the following description will be made near the stamp. In this case, a resident card will be issued after a mid- to long-term resident follows the residency procedure at the municipal ofﬁce of the city/town/village. (Basically, a resident card will be mailed by the Regional Immigration Ofﬁce to the reported place of residence.)

Q6 When the resident card need to be changed?

A residence card contains the important part of the personal information held by the Minister of Justice, such as name, birth date, gender, nationality/region of origin, address, status of residence, period of stay, and whether or not he/she can work. If there is any change in these matters, the relevant person is obliged to notify the change. Therefore, the latest information shall always be reflected in a residence card. A residence card for a person aged 16 or over also contains a photograph of his/her face.

Q7 What should you do when you lost your resident card?

If you lose possession of a resident card due to some reasons, within 14 days of the day on which the fact of loss is known (or the date of the first entrance into Japan in cases where you know the fact of loss while you are outside Japan). Through the procedure specified by the Ordinance of the Ministry of Justice, you must apply for reissue of the resident card to the Minister of Justice.
In addition, it’s hard to explain the details of all required documents here. I think that it is better to consult the office Visaed80 according to circumstances.

Q8 What kind of penal will be applied to illegal employment?

Q9 Please tell me what points I should pay attention to if I want to hire a foreign national!

Q10 What should be done if a foreign national is injured at work?

A foreign national who encounters an occupational injury in Japan, in principle, will receive insurance benefits in accordance with the Workmen’s Accident Compensation Insurance in the same way as a Japanese national. Here, the entitlement to benefits does not change, even if the foreigner is overstaying or engaging in an activity that is not authorized by his/her status (i.e. if he is working illegally).
Apparently, there are cases in which the persons concerned give up insurance benefits due to problems such as overstaying, Sometimes the employers do not cooperate with the procedures. However, in many cases there is no report to the Immigration Bureau during the procedures. In order to relieve the victims of the occupational injury ,please actively deal with the application of compensation.

Q11 What should be done if a foreign national is injured in a traffic accident?

If a foreign national falls victim to a traffic accident and claims compensation, the person who caused the accident (or the insurance company he/she is insured with) has to cover damages such as medical bills, compensation for sick-leave, loss of profits, and consolation money basically in the same way as in the case of a Japanese victim. The issue here is the assessment of loss of profit in case of claims for compensation of income. Here the problem arises whether the income standard within Japan (such as average wages) or the standard of the home-country of the foreign victim will be considered to assess the loss of profits.
It depends on many factors, such as whether the foreign national is holding a status of residence or staying illegally, whether he/she is authorized to work or working illegally, whether he/she will continue to stay in Japan after the accident or return to his home-country, the extent of damage (accident resulting in death, whether any lasting damage was suffered) have to be considered.
Even if we look at precedents in such cases there is no consistency and we can find judicial precedents in which the Japanese standard was recognized and others in which it was not recognized. From the standpoint of a foreigner who suffered damages, compensation based on the Japanese standard should be demanded. The matter should be handled in accordance with the concept of equality under the law as laid down in the Japanese constitution and in the interest of a fair distribution of the burden of compensation between the parties concerned.

Q12 Will a foreign national be entered in the family register if he/she marries a Japanese national or a child is born?

The two kinds of taxes that will most likely be of concern for foreign nationals are income tax and resident tax. In principle, income earned by foreign nationals in Japan is taxable in the same way as that of Japanese nationals but, as circumstances are different from one foreign national to another, the way this matter is handled differs depending on the length of stay (whether you are staying for less than a year, or a year or longer) and whether you have a domicile ([jusho] as opposed to a residence [kyosho]). Furthermore, foreign employees, as same as Japanese employees, are subject to payment of income taxes by means of withholding at the source by the employer. Resident tax will be withheld in the same way in relation to the domicile or residence the foreign national held on January 1st of the respective year.
The situation is also the same as for Japanese nationals if a final income tax return is required or in case a tax refund could be expected if a final return was required. It is different, however, in cases such as foreign nationals receiving income abroad or remitting allowances to dependents abroad. Here you should consult a licensed tax accountant or a tax office to confirm the appropriate procedures.
If a person who is required to file a final tax return departs from Japan prior to the due date to file a tax return there are two ways to proceed.
Firstly, the taxpayer can designate a person to administer his tax affairs and receive the return on his behalf. In this case, the person has to notify the tax office of the administrator in advance.
The other way is to prepare the tax return before departing and entrust a proxy only to receive the money in case of a return. This method requires that the taxpayer hands in a letter of attorney related to the reception of the return to the tax office at the time of filing the tax return. 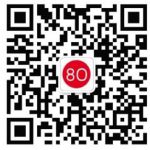